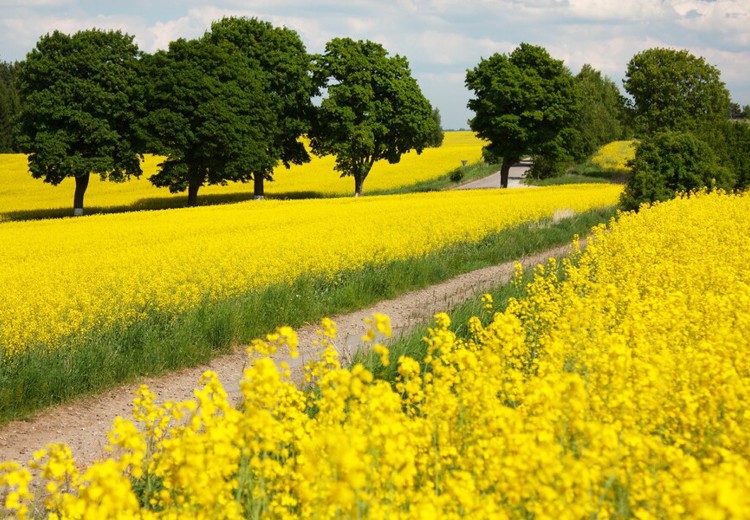 The use of HVO (also known as renewable diesel fuel) is growing, particularly in Europe and North America. HVO can be produced either in stand-alone facilities or in existing oil refineries converted to HVO technology production or in co-production facilities. Here it can be produced by reacting a wide variety of raw materials containing triglycerides and fatty acids, such as low-quality waste fat, vegetable oils, tallow-based and residue materials, with hydrogen at high temperatures and pressures.

Renewable fuel legislation plays a role in the choice of manufacturing footprint and feedstocks. However, the legislative landscape remains very fragmented from region to region. Individual governments around the world have developed their own strategies to combat greenhouse gas (GHG) emissions and this clearly muddies the waters.

In Europe, the Renewable Energy Directive (RED II) is under revision and is likely to be approved in 2023. The complex changes to the directive amount to a 13% GHG emissions reduction target for fuels used in transportation.

A different approach to non-crop-based feedstock is driven by the advanced biofuels and biogas (Annex IX-A). The purpose of this is to clean up the double counting and scandals relating to used cooking oil, which appears in certain cases to have had a negative effect thus reducing the GHG saving instead of facilitating it! The proposed revision to the RED II will remove the double counting and reduce the target for advanced biofuels from 3.5% to 2.2%. A 1.2 multiplier has been introduced for their use in the aviation and maritime sectors, where other regulations (ReFuelEU Aviation and FuelEU Maritime) will de facto exclude food/feed crops-based biofuels towards the GHG emissions reduction targets. Despite being a European Directive RED II has not been transposed to law in all European countries. Many countries still have lower targets than needed for RED II compliance, which means action will be required to meet the revision.

In the US policies are no clearer, despite the Renewable Fuel Standard being a national policy, because most of the states (outside California, Oregon, and Washington) do not have defined clean fuels initiatives. The situation in Asia and Latin America is no clearer.

It is well understood that the properties of conventional diesel fuel can vary based upon crude source or processing methods and the same is true of HVO. Here, it is the feedstock oils and level of isomerisation which impact their final composition and affect the characteristics (e.g. cloud point) of the final fuel.

It is very important that additive solutions are carefully tailored to the feedstock and process configuration.

One way to achieve the required low temperature properties in the final HVO product is to adjust the level of isomerisation. However, HVO manufacturing units may be set up to produce one level of isomerisation, which means this solution could lack flexibility when supplying markets with a range of different low temperature requirements. In addition, isomerism is an energy intensive process and, as organisations look to meet net-zero emissions targets and reduce overall costs, other options (such as additive treatment) may be a better way to optimise production.

Another option to overcome low temperature issues is to use HVO as a blend component. That is, to produce a mixed fuel by blending an appropriate middle distillate and an appropriate level of HVO to produce a fuel of the required low temperature properties. However, since the properties of distillate fuels can be highly variable, it is not always possible to predict or obtain the desired cold flow properties by simply blending the two together. This is even more of an issue when producing a co-processed HVO, where issues may arise in being able to tailor production to specific cold flow properties consistently.

To support HVO production, Infineum has introduced a series of additive solutions that specifically address the challenges covering a wide range of processing conditions and configuration types.

HVOs are isomerised non-fossil oils, which produce a product that contains almost pure C16 an C18 n-alkanes. This creates a product that has a high cetane number and good energy content making it a very good fuel. Unfortunately, the high level of n-alkanes causes issues with cold performance, as n-alkanes will readily turn into wax at lower temperatures.

Wax crystal growth in HVO is rapid and uncontrolled precipitation does not allow plate like crystals to form as in fossil-based fuel. The typical narrow distillation range and the carbon chain distribution are the key factors that influence this behaviour. 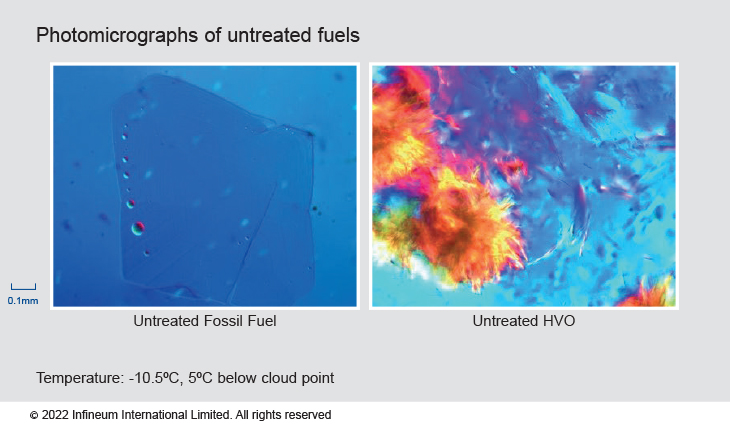 The narrow distribution will also cause the wax to crystallise out of solution very quickly and both these areas can cause significant issues, even when blended into conventional diesel fuel. Isomerisation is important to improve the stability at lower temperatures, particularly related to the cloud point (CP) of the sample. But, lowering the CP can be costly and energy intensive and this is where cold-flow HVO fuel additives can help. Specialty, non-conventional cold-flow additives expand the treatability window of fuels that contain these renewables.

HVOs do not have any lubricity performance by nature. Pure HVO requires a much higher lubricity treat rate than traditional diesel. In our testing, neutral ester technology has provided a robust performance in fully paraffinic fuels, improving both high frequency reciprocating rig (HFRR) performance and additive solubility at lower temperatures, a key factor in cold climates. 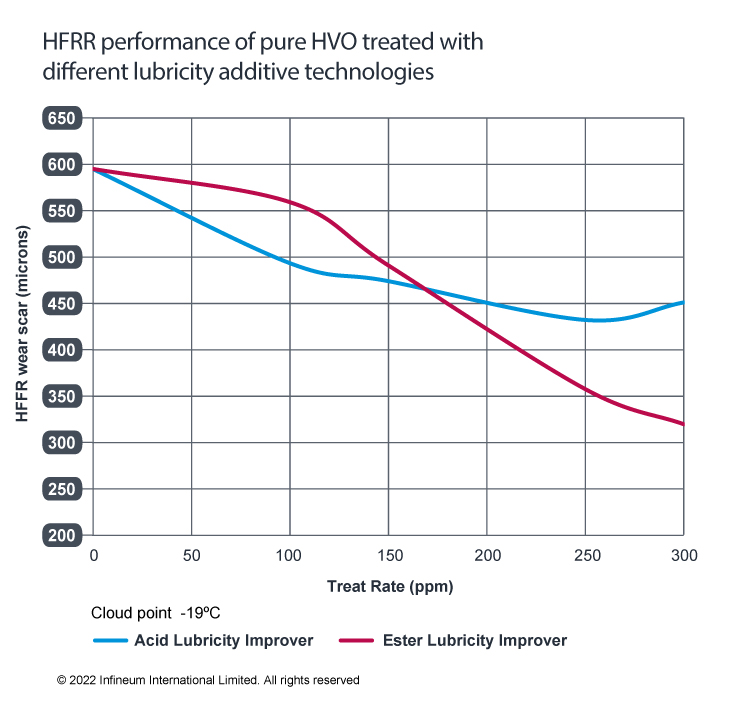 These specialised fuel additives have the potential to deliver a number of benefits. It could be that flexibility of production sources is important to increase raw material options or that reducing overall production costs and energy consumption are key challenges. Infineum technology can be tailored to meet the specific needs of each producer and help us all to contribute to a more sustainable future.