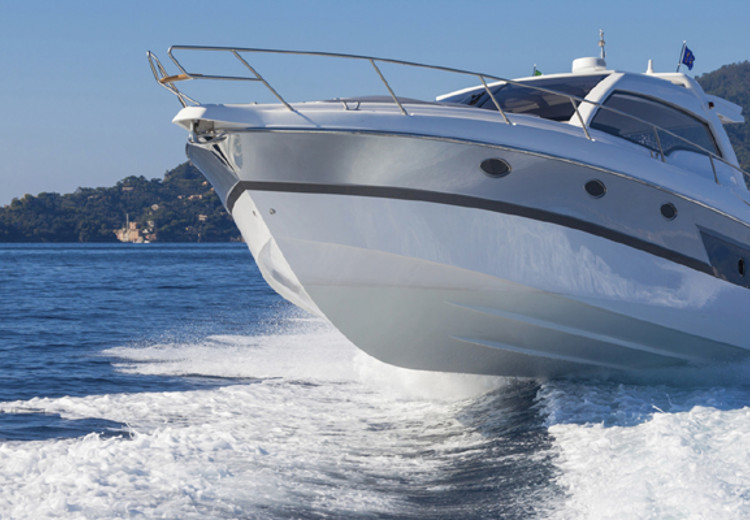 As the number of 4-stroke marine engine oils certified by the National Marine Manufacturers Association continues to increase, Insight explores the need to expand market channels for these oils and for continued education to help consumers choose oils that deliver sufficient protection to their engine.

With the steady transition of the global powerboat engine population to 4-stroke engines, which now compete head-to-head with the 2-stroke engines that once defined the market, the number of NMMA certified FC-W® marine oils has increased as oil marketers recognise the opportunity for growth. 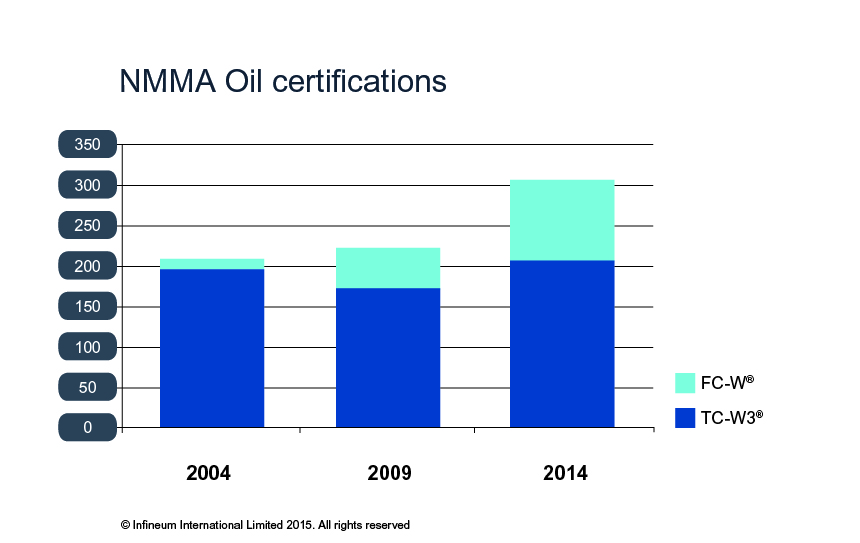 Most marketers expect the demand for 4T marine engine oils to be lower than the 2T market of the past, by nature of less oil consumption. However, the 4T oil market could be further constrained by owners who choose to use passenger car motor oils in their powerboat engines, without understanding the advantages marine oils provide..

The NMMA oil certification program is intended to help boaters to recognise lubricants that provide the engine life designed-in by marine engine manufacturers. Most owners of 2T outboard engines are familiar with the TC-W3® certification symbol displayed on engine oils and this awareness may be due to an understanding that they need special oil for their 2T engines and the fact that TC-W oils have been on the market for nearly 50 years. However, not as many owners of 4T powerboats are familiar with the newer NMMA Four-Cycle Water-cooled engine oil certifications, FC-W® and FC-W Catalyst Compatible®.

The FC-W® category was introduced by the NMMA in 2004 to address the need for oil specifically designed for the unique 4T marine operation. The NMMA subsequently introduced the FC-W Catalyst Compatible® category in 2009 to certify oils that protect both the engine and the catalyst emission control equipment now installed on sterndrive and inboard engines. In engines without a catalyst, FC-W Catalyst Compatible® oils can be used interchangeably with FC-W® oils.

To be certified for these categories, the NMMA has established performance criteria for viscosity, corrosion, filter plugging, foaming, aeration and catalyst compatibility. The oil must also successfully pass a demanding marine engine test. The NMMA licenses an oil only after it passes all these tests at a sanctioned test laboratory, which then allows the certification symbol to be used on the label and the oil is registered as an approved brand on the NMMA website.

While the NMMA certification helps boaters to recognise lubricants that will protect their engines, an independent survey carried out in 2014 indicates that consumers are not entirely sure which oil to use in their powerboat engines.

The online survey assessed the views of North American powerboat owners to better understand the way in which they select lubricants for their newest engines. Results indicate that, for those who have a say in the oil used in their 4T engines, less than 50% use marine oil for sterndrive and inboard engines, compared to nearly 80% for outboard engines. 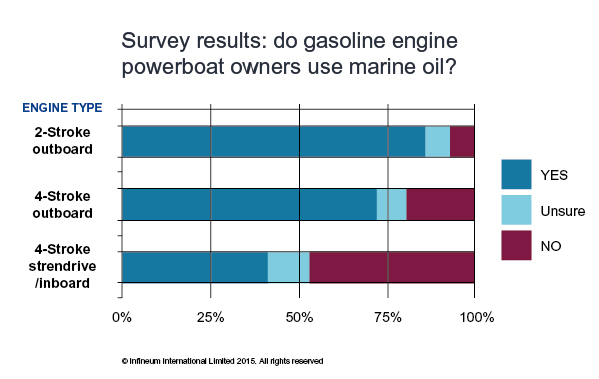 Looking at where these owners purchase oil may help to explain how they make their choice. Whereas outboard owners frequent locations that tend to sell 4T marine oils, sterndrive and inboard owners prefer to shop for oil in auto part and big box stores that often sell 2T oils but are less likely to carry 4T marine oils. 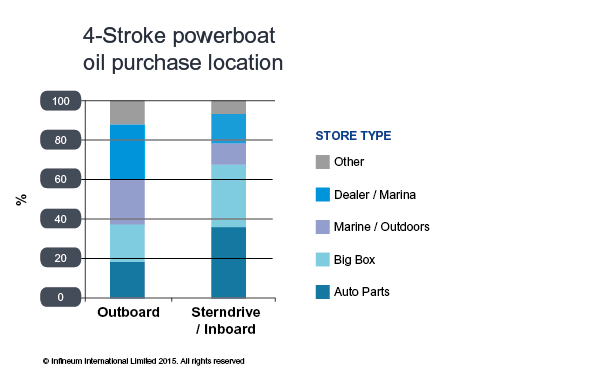 A more fundamental reason why sterndrive and inboard engine owners choose PCMO could be that they think the engine in the hull of their boat is simply a repurposed automotive engine, which could also explain why many shop in an auto parts store. While it is true that these engines share the same block as their automotive cousins, powerboat engines have been marinised - which means they have been designed specifically for use and long-term survival in the harsh marine environment. Marine engine manufactures are now even beginning to cut ties with automotive engines altogether to provide better performance and durability. 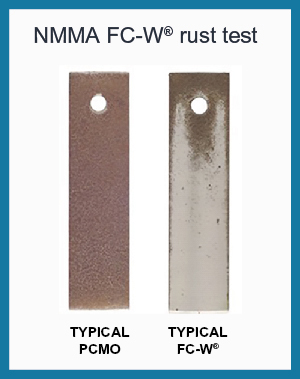 Perhaps the best way to convince owners of 4T powerboat engines to use marine oil, and not PCMO, is to compare the way they operate versus cars.

The most obvious difference is that boats are constantly exposed to extremely humid air. The high level of moisture ingested by marine engines creates internal corrosion challenges, especially when exposed to salt water. And since water-cooled marine engines run cooler than air-cooled car engines, they do not ‘burn off’ the moisture as efficiently. In addition, when the engine shuts down, moist air continues to enter the marine engine as it cools. This moisture build-up can damage the engine, particularly if it remains idle for long periods, unless the oil has special corrosion inhibitors to prevent rust.

Another, perhaps less obvious, difference is that marine engines must work harder than car engines. While car engines deliver a lot of torque to get the vehicle going they then cruise at comfortably low RPMs, with the help of multiple transmission gear ratios. In comparison, marine engines cruise at much higher RPMs under the constant load of water resistance, which puts more stress on the engine parts.

Marine engines cruise at much higher RPMs than cars

The high RPM operation of marine engines requires extra protection from the oil, which is why OEMs recommend more viscous oil such as SAE 25W-40 for boats than for cars, where oils as low as SAE 0W-20 are in use. Marine oils are also designed to withstand extreme shearing forces and to protect engine parts at high RPMs.

The advantages of NMMA certified oils

The oil in powerboat engines does not need to be changed as regularly as car engine oil, which is perhaps one of the reasons boat owners may not give it much thought. Some may even be tempted to use the same PCMO in all their engines as a matter of convenience or as a cost saving.

In our view, more education is needed to explain the benefits of marine oils to powerboat owners in order to help them select NMMA FC-W® certified oil which will provide the extra level of performance and protection their engine needs. This education, coupled with lube marketers increasing the availability of FC-W® oils at big box and auto part stores, could help the 4T marine oil market to reach its full potential.