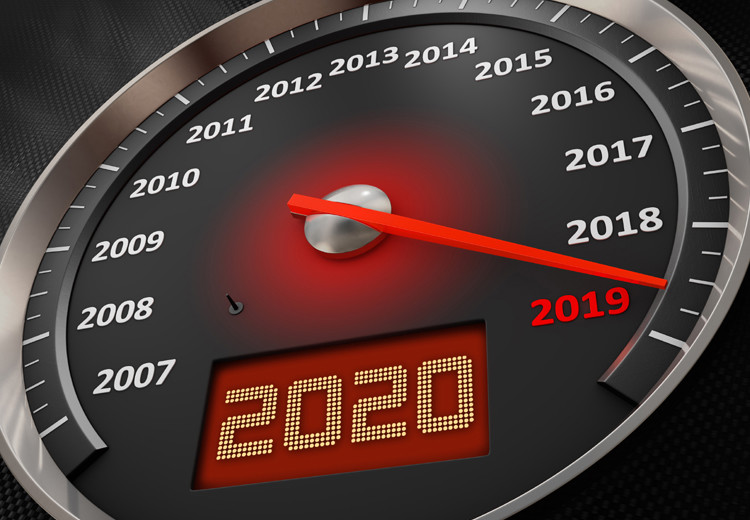 Although a few tests still have outstanding issues and there is work to be done on test limits setting, there was a sense of progress and spirit of cooperation at the February Auto/Oil Advisory Panel (AOAP) meeting. Joan Evans, Infineum Americas IL Manager, keeps us up-to-date with the latest developments as industry works to bring the ILSAC GF-6 launch date closer.

At the recent AOAP meeting in San Antonio a few steps were taken to help keep up the momentum in the ILSAC GF-6 category development.

Firstly, the new API engine oil service category, for use in regions that do not use ILSAC specifications, now has a name: API SP. And, API says it is working for its introduction to be coincident with ILSAC GF-6. 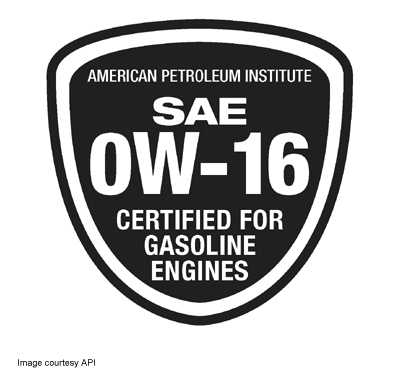 One of the proposed trademarks for ILSAC GF-6B

Secondly, the trademark options for ILSAC GF-6B was revealed. All of the symbols for ILSAC GF-6B, proposed by API, contain the SAE 0W-16 viscosity grade in order to differentiate them from the current ILSAC starburst, which will be used by ILSAC GF-6A. Input was given to API that one proposed design was preferred by several JAMA members.

Then we come to test development and limits setting activities, where progress is being made, but there is still work to be done.

ILSAC stated that they were pleased with the progress made by ACC on establishing a July 1 2019 end to technical demonstration period and finalizing test limits. However, they are interested in trying to secure an earlier date for completion of this phase in an effort to bring the first allowable use (FAU) date ahead of the current July 1 2020 estimation. The target date on the table for the end of technical demonstration period is April 1 2019 and ACC needs to review the proposed limits and assess if it is possible, by making further suggestions, to help meet this desired date, which could bring the FAU to early 2Q 2020.

Base oil interchange and viscosity grade read across (BOI/VGRA) datasets and proposed guidelines are currently in progress for the Sequence IIIH, VH, VIE and X.

Sequence IIIH: Batch Code 6 piston rings have been approved and there is enough supply for about one year. In addition, there are a number of test engines available and sufficient Batch Code 5 pistons for some 2,400 tests. The test is running near precision matrix target severity levels.

Sequence IVB: Current proposed limits are based on data generated prior to the implementation of test improvements. ACC would like to see results of the first half of the BOI/VGRA IVB matrix to see if the changes have affected the test results before test limits are agreed. However, this is unlikely to be available for analysis until the end of March. AOAP is working to lessen any delay that will impact the timing for limit setting here.

Other outstanding tasks include the cam lobe failure rate, which is being evaluated as part of ACC Code of Practice (COP) Test Acceptance. In addition, BOI/VGRA resolution is important because the outcome affects the testing capacity required to approve products. Although it does not have this specific purpose, the data from the BOI/VGRA matrix is also being used to assess the impact of recent changes to the referencing new procedure on the precision and repeatability of the test.

Sequence VIE: Proposals for Sequence VIE BOI and VGRA were brought to API LG and will go to ballot.

Sequence VIF: ACC has concerns on the performance limits for this test. While JAMA reduced the FEI SUM limit to a 16% improvement over API SN RC from the 27% improvement initially asked for, the data from the San Antonio labs still shows a very low passing rate against these reduced limits. ACC expressed concern that if the limits required a different additive package than a package for ILSAC GF-6A, then oil marketers would face the situation of having two products in the field for GF-6A and GF-6B, which could create tank logistics concerns.

Sequence IX: New seven-year batch of BB pistons is on its way from China, which will replace the BC pistons that were found to be too severe.

Sequence X: Proposals for Sequence X VGRA and extended BOI were brought to API LG and will go to ballot.

BOI/VGRA guidelines are critical to delivering ILSAC GF-6 products to the marketplace. Below is a summary of the current read across guidelines available and those being discussed. 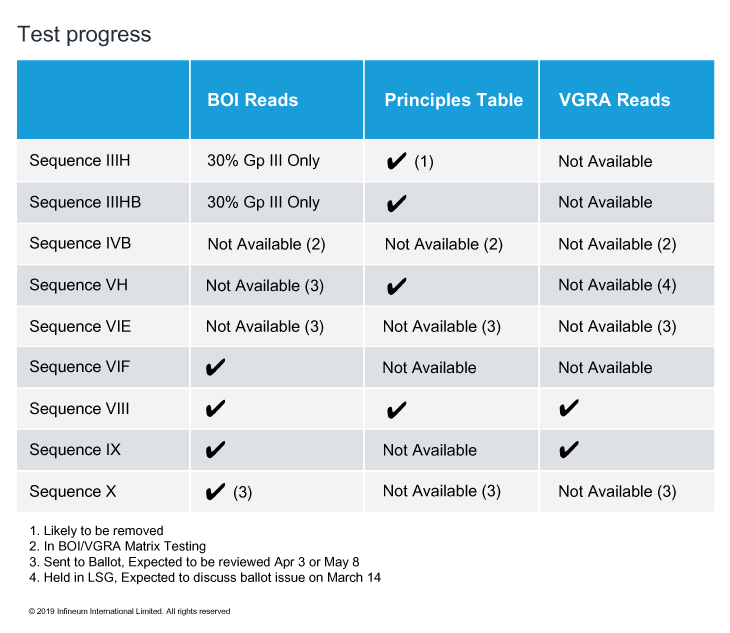 Consensus of test limits have been agreed by all the ACC members and, by tying them to the end of technical demonstration date, there is some hope that time can be saved, allowing an earlier FAU date.

In January, ILSAC made a counter proposal of limits, reflecting a willingness to work with ACC towards an agreement of the final limits and timing for ILSAC GF-6. The gap between the ILSAC and ACC proposed test limits has narrowed on certain test parameters but differences of opinion remain on others that need to be resolved.

ACC still has concerns around meeting the durability performance of the specification proposed by ILSAC along with the proposed Fuel Economy requirements. ACC has taken an action to review the proposals further at their next meeting in mid-March.

API ballot may be in April

AOAP will reconvene on April 3 2019 when it is hoped that there will be a final vote on the ILSAC GF-6 specification. This can then be handed over to the API Lubricants Group, which meets the next day, for written ballot for approval that would allow the mandatory waiting period to start. Oil marketers also need to review the specification in its entirety so that they can comment on the length of the mandatory waiting period required – which is usually twelve months.

It is hoped that the outstanding issues can be resolved to allow an earlier FAU date knowing that ILSAC desires an early 2Q 2020 timeframe.