Please note this article was published in November 2015 and the facts and opinions expressed may no longer be valid.

Insight explores how Infineum scientists are using exciting techniques to study additives much closer than ever before to give them a picture of the mechanisms between the components within a formulation.

For centuries scientists have used microscopes to study things that are too small to see with the naked eye. Optical microscopes are really useful to study objects that are a few microns in size - about the size of cells. But to study smaller species, like molecules and atoms, more advanced techniques are needed.

Infineum has been using facilities at laboratories in the UK, France and the US to carry out experiments using neutrons to explore the structure and dynamics of materials at the nanoscale. One of the techniques, which has been used to provide powerful characterisations of additive systems, is Small Angle Neutron Scattering (SANS). 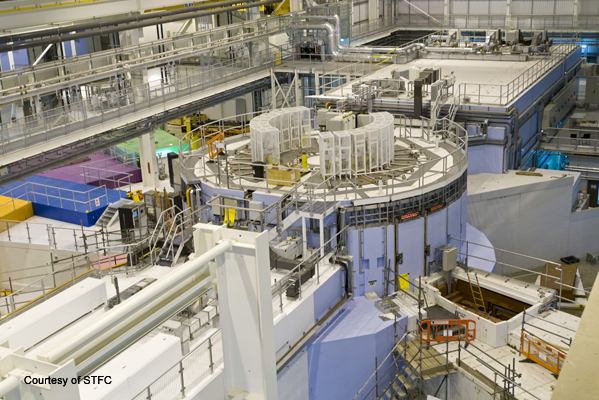 Neutron scattering gives detailed information about the microscopic behaviour of solids and liquids, and plays a major role in shaping the experimental and theoretical understanding of materials ranging from magnetism and superconductivity to chemical surfaces and interfaces.

SANS is an extremely specialist technique used by industrial and academic scientists to study samples containing molecules from <1 to 100 nm in size - or around 10,000 times smaller than a human hair. 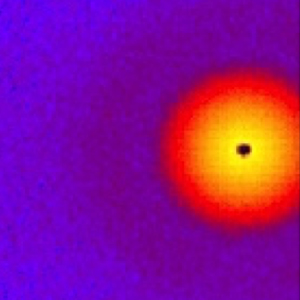 Samples are placed in the path of a beam of neutrons, which are generated by either a spallation source or a nuclear reactor. Because neutrons have no charge, the beam is scattered by the nuclei of the sample being studied. Neutrons are scattered to a different extent by each element in the periodic table and every isotope; for example, the scattering observed from hydrogen is completely different to its isotope deuterium. A detector measures the scattered neutrons and their pattern is analysed to provide information about the size and shape of the particles within the sample.

Infineum has used SANS to build a picture of components and formulations to a level of detail that has not previously been possible. It enables minute but crucial differences between ostensibly identical additives to be detected. Although differences might only be half a millionth of a millimeter, they can affect the properties of the final formulation.

A unique aspect of neutron scattering is its ability to effectively switch parts of the formulation on and off.

This allows scientists to focus on a particular property or interaction using a technique called contrast variation – in which differences in scattering length density are detected.

Infineum has taken advantage of this effect to study detergents. When the additive is dispersed in oil, only its core can be seen because, to the SANS instrument, the surfactant tails look just the same as the oil.

However, the full size of the detergent particle – the core and the shell – can be measured by diluting it in deuterated solvent. The deuterium atoms that replace the hydrogen atoms provide the contrast required for SANS to be able to detect the oil-soluble surfactant tails.

To enable this, a contrast must be created between the components as well as the solvent. This can be achieved by selectively deuterating parts of the molecules that make up the component. 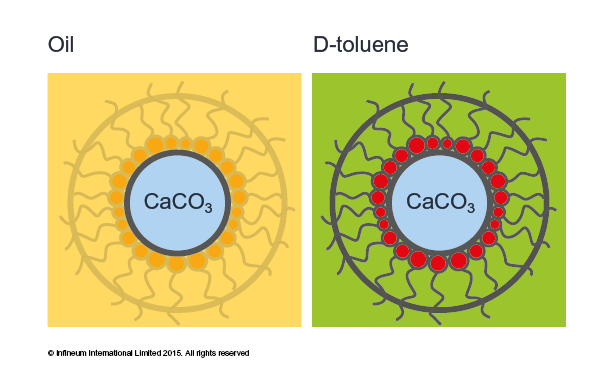 The data obtained has improved Infineum’s understanding of the mechanism by which detergent particles are formed. The key parts of the detergent synthesis, which affect the properties and performance of the final formulation, have been identified. And, more crucially, these insights have revealed how these attributes can be influenced.

Possibilities for the future

Neutron scattering is an effective tool, which Infineum will use to address complex additive challenges in the future. For example, examining the impact of biofuel use in diesel common-rails and to better understand the behavior of lubricants in bearings. In addition, by studying the formation of films on a surface, it will be possible to study the properties of antifriction and antiwear layers.

Our close collaboration with the scientists at these world-renowned research facilities means we are able to take inspiration from the way they are using cutting edge techniques and to apply them to our own applications.