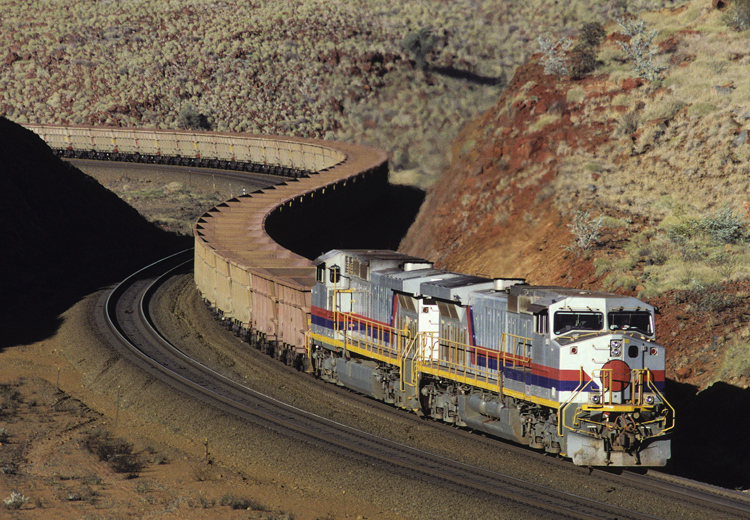 According to the Association of American Railroads, US freight railroads can, on average, move one ton of freight more than 470 miles per US gallon of fuel, making rail the most environmentally friendly way to move freight over land. Additionally, the Association reports that moving freight by rail, instead of by truck, lowers greenhouse gas emissions by 75%.

While we have seen a degree of line electrification and even an experimental use of natural gas, diesel remains the major fuel used in US railroad applications.

Despite the reported high efficiency of freight railroads, fuel can still represent around a quarter of railroad operators’ costs.

This should make the fuel economy benefits offered by lower viscosity engine oils attractive in this sector. However, while the theory is well understood, demonstrating this effect in railroad service, with sufficient precision to ensure confidence, has been very challenging.

In the US, railroad engine oils conform to descriptions published by the Locomotive Maintenance Officers Association (LMOA), which are called ‘Generations’. Currently, three Generations coexist in the market, which are often differentiated by their Base Number (ASTM D2896), although there may be other additional differences in the formulations. In the low sulphur fuel US market, almost any Generation of zinc-free lubricant can be used in almost any engine. 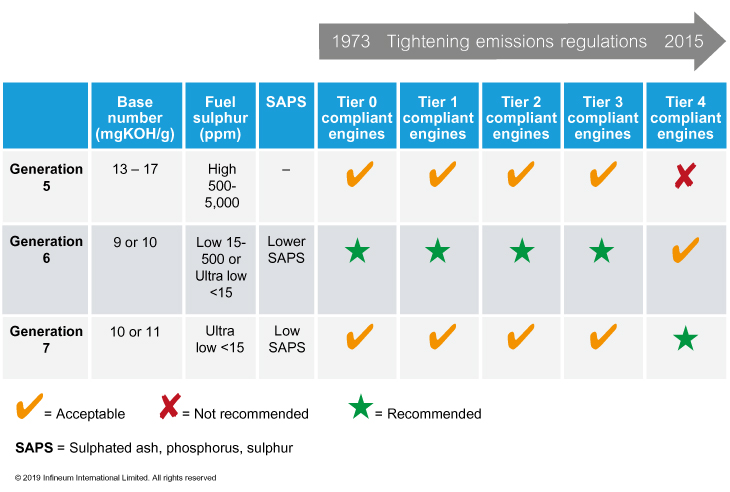 Currently, the only approved lubricant viscosity grades for use in North American railroad applications are SAE 40 and SAE 20W-40. Using the experience gained in on-highway applications, it could be expected that lower viscosity multigrade engine oils may provide several advantages, including fuel economy, over monograde formulations. However, it is also recognised that lower viscosity oils could put some engine parts at risk of greater wear.

To assess and quantify the performance of engine oils with different viscometric profiles, Infineum has undertaken extended field trials at a Class I railroad.

Two oils were formulated using the same approved performance additive package and the same API Group I base stock slate, to meet the requirements of the two approved viscosity grades: SAE 40 (monograde) and SAE 20W-40 (multigrade). The multigrade test oil also contained a viscosity modifier with a di-block polymer architecture.

Each of the test oils was used to fill nine new GE AC44e locomotives, operating on low sulphur diesel fuel (<500 ppm sulphur). All units were in similar service on the same line, and were monitored for an average of 440 days. Every day of the trial, operators carefully recorded engine output, fuel consumption, and oil consumption. In addition, oil samples were collected at approximately two-week intervals, which were analysed for a variety of physical and chemical properties.

At the end of the field trial the units were opened for inspection, measurements, photographs, and rating. Since the main journal bearings are the engine parts most likely to respond to viscosity differences, a number were removed from several engines for examination.

By careful record keeping and reasonable attention to detail Infineum has been able to demonstrate that fuel efficiency can be measured in ‘real life’ railroad service. The results obtained show that the lower viscosity, SAE 20W-40, oil improved fuel economy and reduced oil consumption compared to the higher viscosity SAE 40 oil.

In addition to providing fuel economy and oil consumption improvements, the lower viscosity oil protected the engine equally as well as the higher viscosity oil, with only mild wear observed in the engines. This was especially good to see for the journal bearings which, when using a thinner oil, could have been at risk of greater wear.

Finally, when exploring the used oil properties, whilst there were no significant differences in most of the parameters, we can report that the multigrade oil delivered improved oxidation control and better soot handling capability.

The work undertaken by Infineum in this extensive, 16-month, field trial demonstrates that lower viscosity multigrade oils are able deliver significant performance and cost saving benefits in railroad service when compared to the higher viscosity monograde oils, which are currently widely used.