Update on winter diesel quality in the southern hemisphere 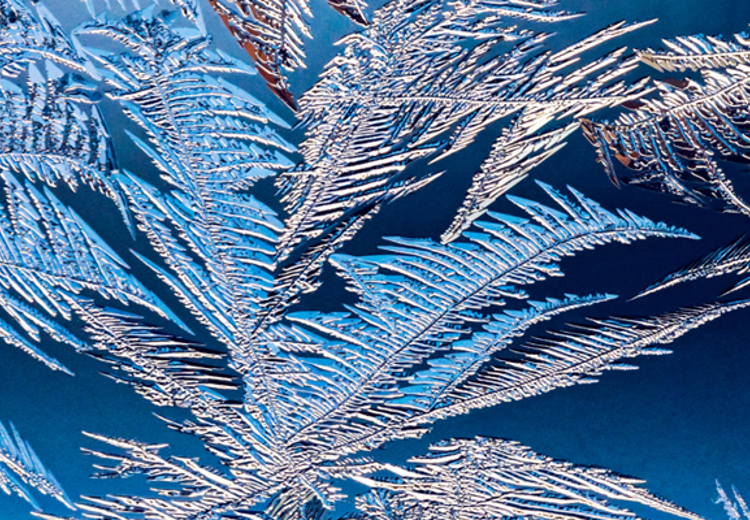 The Infineum Winter Diesel Fuel Quality Survey monitors trends in the global marketplace. Although the full 2018 data set will not be available until year end, Insight can reveal the findings from the southern hemisphere samples.

The southern hemisphere data set includes samples collected at service stations, which are carefully selected to represent the production from each refinery or region, in eight countries:

The data from this year’s samples gives us a good insight into some of the big industry diesel fuel topics.

The headlines this year are big reductions in fuel sulphur levels, changes in fatty acid methyl ester (FAME) use and the first evidence of second generation biofuel use.

Less FAME use in Australia, Peru and Colombia

While FAME use is still growing in Argentina and Brazil, this is the first time we have seen any decrease in FAME use in this data set.

In Latin America, levels of FAME ranged from 0% to 12%, an unsurprising spread of results considering local mandates govern FAME use, and these vary considerably from country to country.

In Brazil, for example, the government signed into law a proposal to increase the blending ratio to 8% in 2017. However, FAME use in the samples collected ranged from 3% to 9%. Argentina and Colombia already have 10% biodiesel blending ratios, and average levels were very close to this level in both countries. In Peru the current mandate is 5%, however, our data shows average FAME levels of 3%. Chile has a 5% biodiesel blending target, but no mandate in place and no FAME was detected here.

Looking ahead, we can expect FAME levels in Latin America to continue to rise.

Argentina is expected to push its FAME content requirements up to B15 in the next couple of years. Brazil is also increasing its FAME content by about 1% each year, with B9 being adopted in 2018 and B10 in 2019.

In Australia, in 2014 and 2016, we reported evidence of FAME use but did not detect any in the 2018 samples. However, it is feasible that FAME is still being used in the region since most diesel fuel is sold in bulk to commercial customers, which is outside the scope of this Survey. While biodiesel is sometimes blended at a ratio of 5% - 20%, currently the only mandate for biodiesel use is in New South Wales at 2%.

There is still no sign of FAME in samples from New Zealand. Possibly the absence of mandates and subsidies for biodiesel use could explain the lack of uptake here.

Although most biodiesel in Australasia is produced from fresh vegetable oil, by-products, such as tallows, waste vegetable and cooking oils, are increasingly being used. This means care must be taken to ensure oxidation, stability and filterability issues do not arise if blend levels increase.

For the first time, we have found second-generation biofuel, in the form of hydrogenated vegetable oil (HVO), in a sample from Peru.

In the past two Surveys (2014 and 2016) we have reported significant reductions in average sulphur levels in the southern hemisphere – a trend that continues in 2018. 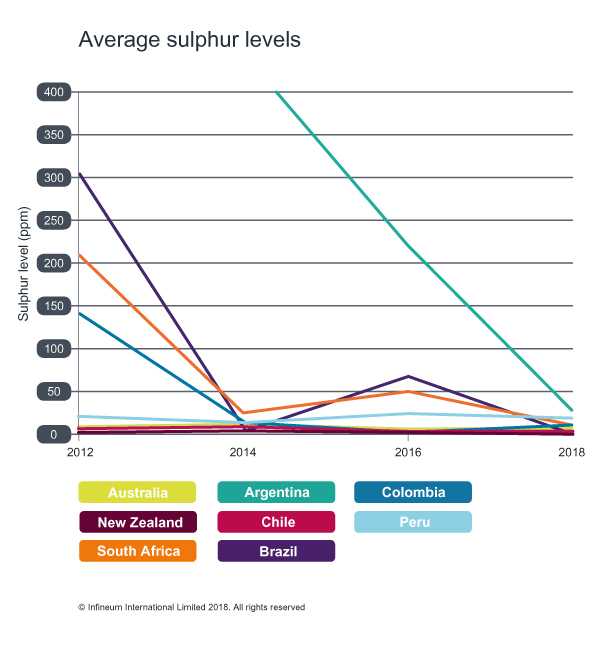 Sulphur levels are down again in the southern hemisphere

Clearly, the largest improvement came from Argentina where all but one of the 2018 samples, (Grade 2), contained less than 10 ppm sulphur. In our 2016 Survey, the mean sulphur level was 223 ppm, with data points ranging from 5 to 431 ppm. It is unclear if this picture is a result of new specifications that were introduced in June 2016 or if it is owing to increased imports of low sulphur diesel fuel from North America.

Regardless of the reason for the continued improvement, the results from our 2018 Survey show an average figure for Argentina far more inline with other Latin American countries.

In 2016 we highlighted a significant worsening of oxidation stability in the samples from Argentina and Brazil. A reasonable percentage of samples from Peru were also found to have a Rancimat of less than 20 hours.

2018 data is directionally showing an improvement in oxidation, with no samples from Peru and only a very small proportion of those from Argentina and Brazil found to have a Rancimat of less than 20 hours.

The cause of this trend is unclear, although it could be attributed to improved FAME quality. But, whatever the reason, the improvement is good news since in certain circumstances poor oxidation stability can lead to higher levels of particulate matter in fuels. This has the potential to reduce vehicle filter longevity and to cause filterability performance issues, which may result in fuel starvation and engine operating difficulties.

As the global demand for diesel fuel continues to increase, and fuels become more complex, it is essential to monitor the quality of diesel fuels to ensure they meet the specific requirements of each market and application.

Infineum will publish the findings of the full 2018 Winter Diesel Fuel Quality Survey in October. Sign up here to receive our email alerts so that you will be notified when the new Survey is available.