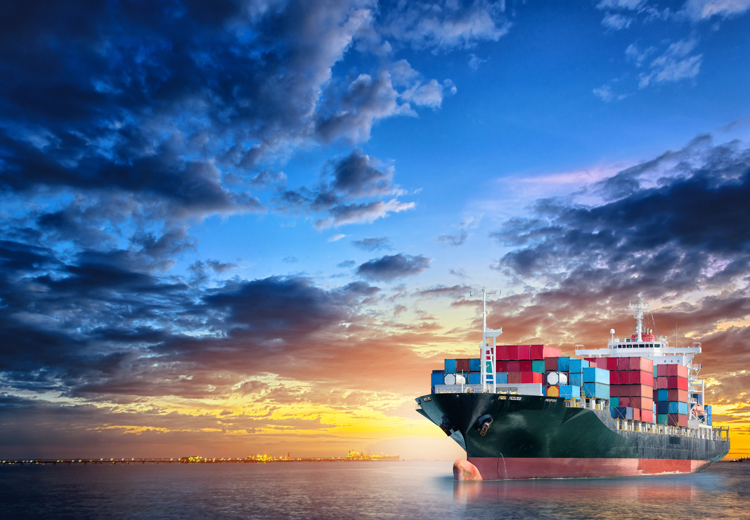 Rob Ashton: Good day, ladies and gentlemen, my name is Rob Ashton. I am the global market manager for Infineum Marine Fuel Additives.

There's been a lot of debate about very low sulfur fuel oil stability and compatibility in the press. Can you explain what the issue is?

Robert Rae: The issue revolves around refiners trying to hit 0.5% sulphur or below in the fuels that they produce.

Residual streams are difficult to hydrodesulphurise, so the only viable alternative for most refiners is to basically desulphurise the distillate streams which were easier to desulphurise.

But the problem with those distillate streams is that they are highly paraffinic, so when you combine them to produce the VLSFOs, the residual streams that contain the asphaltenes, they destabilise the asphaltenes.

Additionally, there's a reduction in viscosity, which can also help with the flocculation of the asphaltenes because you are making a less viscous fuel when you combine the distillate material with the residual streams.

Rob Ashton: Okay, so what problems does this cause to fuel producers and users of those fuels?

Robert Rae: Well, for the producers, they've obviously got the challenge of trying to produce the fuels that are on spec. And so not just for the sulphur that I mentioned, but the other parameters associated with ISO 8217. So, viscosity, total sediment content, which is used to determine the stability inside of a fuel within ISO 8217. So they’ve got a challenge associated with doing that. Where basically the balancing act is a bit more difficult than it perhaps was for HFOs in the past.

From the user's perspective, what they're interested then is having a fuel that is fit for purpose, and isn't going to cause any problems on board.

So, they certainly don't want to receive a fuel that would become unstable, or perhaps incompatible with other fuels, which could result in excessive sludging. If that happens, the sludging could be so severe that they effectively cannot use the fuel. And in the worst cases, the only option can be to debunker.

With the time lost when the debunkering process is going on, also cost the shipper money. So that's the issue from the user's perspective.

Rob Ashton: Very interesting. So are the additive solutions that you and your team have developed effective at alleviating these issues?

Robert Rae: Yes. Yes, they are, because we've developed, we've identified and can address the stability and compatibility issues surrounding the fuels in question.

So what this would mean from a refiner's perspective is that the additive might help them produce a fit for purpose fuel.

And from the user's perspective, they could have the peace of mind knowing that the fuel will be okay on board.

Or alternatively, they could actually use an additive onboard to perhaps resolve a problem that arises whenever a stability or compatibility issue arises.

Rob Ashton: Can you explain a little bit how did the additives work?

Robert Rae: The additives work, we believe in a twofold fashion, so the additive can interact with the asphaltenes and actually prevent them from agglomerating together and flocculating out of the fuel in the first place.

But beyond that, we also know that they can act on fuel after this process has occurred, and they can break up those agglomerates and disperse the asphaltenes.

Rob Ashton: And, is there an optimum way to benefit from the additive?

Robert Rae: Yeah, we believe maximum efficacy is achieved by treating the stream that you're concerned about with respect to stability or compatibility before introducing another stream to it.

That way, then the additive can interact with the asphaltenes before you put them into a more disturbing environment.

That being said, we know that we can also treat a fuel where that process of agglomeration has already occurred, and then it breaks them up and then disperses them. But it's optimal to introduce that before that point in time.

Rob Ashton: Now, moving on to some of the testing protocols that are currently employed, in your opinion, is the total sediments potential or TSP tests a good indicator of fuel stability over a fuel shelf-life?

Robert Rae: Yeah, so the TSP served the industry well over the past few decades. It's got to the point these days where the total sediment potential is on spec. There's an assumption that the fuel will be completely fine operationally speaking, and for its shelf-life, and when it comes to using it on board.

However, since the transition to the VLSFOs, there has been heightened incidences of fuels being on spec for total sediment potential, but issues are being reported with longer term storage for use onboard the ship.

So I think we need to look for other methods as well, perhaps.

Rob Ashton: Yeah. So there have been the reports of VLSFO shelf life being shorter than high sulphur fuel oil, for instance. Why do you think that is?

Robert Rae: So, the VLSFOs, the asphaltenes were then in a more chemically challenging environment, they are more on the edge than they were in the past with HFOs. And, that combined with the fact that they are less viscous, allows the asphaltenes to find each other much more readily when the agglomeration process occurs.

So, I think those two factors are largely responsible for the shortened shelf life versus HFO.

Rob Ashton: Okay. So, can the additive that you've developed actually extend the fuel shelf life?

Robert Rae: Yes. We've generated data on VLSFOs, where we've examined the additive, the additive effect on the fuel, and also the fuel without the additive, over several weeks.

By using different methods, we've demonstrated that the additive is superior to not having the additive there.

Rob Ashton: Moving on to other test methodologies that are out in the marketplace at the moment, I believe that you're not particularly supportive of the separability number test, which measures the reserve stability number. Can you explain why that is?

Robert Rae: Yes, I could talk you some length about this test, but I think if I were just to get to the crux of my issue with it, it would be that, what the test reports doesn't actually really relate to what is experienced onboard.

We've seen data sets where the entire spectrum of RSN is covered, but there's been no reported issues with any of the fuels So the higher scoring fuels, which are meant to be the ones that are maybe problematic from a flocculation point of view, it doesn't mean that there were issues on board with the fuels in question.

Beyond that, we've also looked at fuels internally, where we know from experience that the RSN score is very good. But actually, if you look at the fuel underneath the microscope, it's already flocculated, which is contrary to what the RSN method is telling you.

Rob Ashton: So moving on to some of the new test methodologies that you've been looking at, one of them is the Alfa Laval spin test, and that looks to be quite promising. So how do you think this test can be utilised to benefit the quality of very low sulfur fuel oil?

Robert Rae: Well, this test method is used by Alfa Laval to ultimately predict what will happen to a fuel at a separator onboard. So that is to say, it will give them an indication of the volume of sludge that's coming out of the fuel, and they can use that to predict whether or not that would be problematic.

Now, one of the good things about that test is there is no interference with the fuel itself. So that is to say that we're not heating it at very high temperatures, that it wouldn't normally be experienced onboard to age it. Or, equally, we were not putting any chemicals in there to interfere with the fuel at all. We're literally just running the fuel, as it would be onboard in a centrifugation process.

And because this test ultimately gives an indication of operability, we believe that it could be supporting other methods in the industry like the TSP.

Rob Ashton: Okay, Robert, thanks very much for taking us through that insight into the work that you've been doing on Infineum asphaltene management and an overview of the testing requirements, therein. So, thanks very much.

Robert Rae: Thank you very much.

Driving forces for fuels and lubricants