Working to eliminate these unpredictable and destructive events 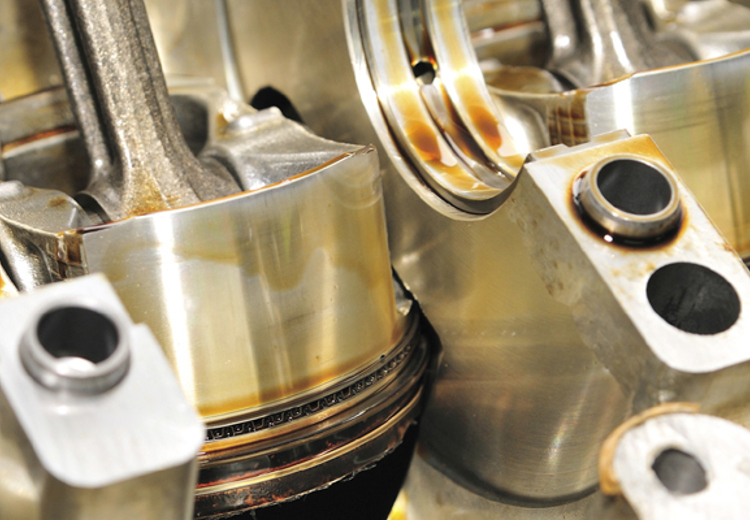 Low-speed pre-ignition has limited the extent to which OEMs can use engine downsizing in their efforts to reduce carbon dioxide emissions. Insight examines the fundamental issues and explores the need for a meaningful lubricant test.

Market demand and, in many regions, legislation are driving OEMs to find ways to improve fuel economy and reduce CO2 emissions across their vehicle fleet. The downsizing of gasoline engines is one simple yet effective method that can be used to help achieve these goals. The reduced engine displacement results in reduced pumping and frictional losses and lower gases-to-wall heat transfer, which means the engine is more efficient.

But, while engine downsizing can improve fuel economy, it comes with a sacrifice of performance. This means boost pressure must be increased by adding turbochargers or superchargers to compensate for lost power output. 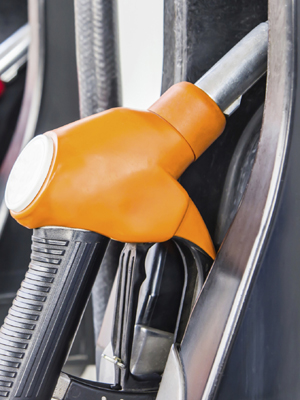 Many auto manufacturers are now offering downsized boosted engines in their vehicle portfolio as a key contributor to reducing fleet fuel consumption and CO2 emissions. Two OEMs who have been active in the development of LSPI lubricant tests in North America are Ford and GM. Both of these producers have launched 3-cylinder, 1.0-L boosted engines that reportedly develop roughly the same output as their 1.6-L four-cylinder engines, but also deliver approximately 20% improvement in fuel economy and lower CO2 emissions.

Ford reports that its Fiesta, fitted with the 1.0-L EcoBoost gasoline engine, is the only vehicle in the subcompact class with an EPA-estimated rating of 45 mpg that produces 120-plus horsepower. GM’s Opel Adam, with its 1.0-L ECOTEC direct injection turbo gasoline engine, has combined cycle fuel consumption of 4.3 litres per 100km, and CO2 emissions of 99 g/km, according to preliminary NEDC data.

As consumer demand grows in markets worldwide, both Ford and GM say they have plans to increase production of these smaller engines. Ford already produces 100,000 EcoBoost engines per month, and aims to offer the technology in approximately 80% of its global nameplates by the end of 2015. GM expects to produce 2.5 million units annually at five global plants by 2017.

The compelling efficiency and emissions gains mean a number of OEMs are introducing and expanding their downsized-turbocharged gasoline model offerings.

Downsized and boosted gasoline engines can operate at low speeds and high torque and have been known to exhibit disruptive abnormal combustion, such as knocking and a new phenomenon known as low-speed pre-ignition or LSPI.

LSPI occurs early in the combustion cycle and always prior to spark-triggered ignition. Its initial combustion is relatively slow and similar to normal spark initiated combustion, but then there is significantly advanced combustion timing. This can lead to very heavy knock, which can in turn cause catastrophic damage in only a few engine cycles. LSPI is especially important for pistons and connecting rods because they are rising when the aberrant combustion event occurs. In the most severe cases, LSPI can lead to broken piston rings, damaged pistons and bent connecting rods. 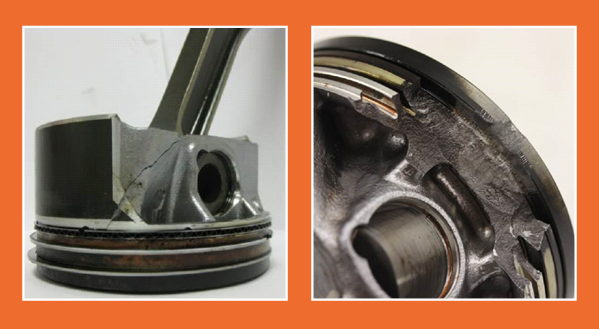 To enable these smaller, boosted engines to be used as part of OEM’s fuel economy and CO2 emission reduction strategies it is clearly essential to fully understand the mechanisms and causes of LSPI.

In the early days, it was not clear how much impact LSPI would have on lubricant design. Infineum supported industry consortia to develop general knowledge about LSPI in collaboration with other additive, oil marketing and OEM companies. It soon became apparent that LSPI events are widespread and that lubricant design could have an impact, observations that prompted Infineum to begin its own research in this area.

Initially it was thought that pre-ignition sources were located at hot spots in the cylinder, or were from soot accumulation. However, further optical investigation revealed that pre-ignition occurred randomly throughout the combustion chamber, which means surface ignition is not the only source of LSPI.

Our current thinking is that the auto-ignition of oil droplets or deposit particles is probably the major cause of LSPI.

When the fuel is injected directly into the combustion chamber, it dilutes the oil film lining the cylinder. This fuel dilution reduces the surface tension and viscosity of the oil, causing an oil-fuel mixture to accumulate in the upper reaches of the piston top land crevice. The mechanical energy of the upstroke during compression pushes droplets into the combustion chamber, where they vaporise and can auto-ignite prior to spark ignition.

In addition to investigating the causes of LSPI, Infineum is studying the effects of lubricant composition to better understand how it might contribute to the suppression of LSPI events. Work has already been undertaken to investigate the effects of using different types and levels of base stocks and additives.

The initial focus of the research has been to evaluate the effect of using different detergent chemistries, Zinc dialkyl dithiophosphate (ZDDP) types as well as varying the levels of other additives.

This research has been very challenging. The destructive nature and random occurrence of LSPI has necessitated the development of sophisticated testing and simulation methods in an attempt to fully investigate the phenomenon. Despite the challenge, the initial findings from this research have identified a number of lubricant and fuel chemistries and hardware and operational conditions that can suppress or increase LSPI activity.

Work to date has stimulated discussions about the possibility of new chemical limits for future OEM and industry lubricant specifications. Infineum’s position here is clear: achieving performance in an engine test that correlates to the field is the preferred method because arbitrary chemical limits do not always result in relevance in the field.

A meaningful LSPI test should be developed and adopted to avoid the need for new chemical limits.

Introducing a new test rather than new chemical limits will allow formulators to use their full expertise to find the best solutions to overcome the LSPI challenge. For example, the deleterious effects of one component may be mitigated by other additive chemistries and combinations, which can be optimised to deliver the required engine protection. Tightening chemical limits has the potential to stifle creativity and technical innovation.

Controlling LSPI will have a very significant impact on the composition of next generation lubricants, required to meet OEM and industry specifications.

While the subject of including new chemical limits in these specifications to address LSPI is being discussed, Infineum remains strongly opposed to this approach. Our collaborative efforts with other stakeholders to develop a meaningful engine test to measure the effects of lubricant composition on the occurrence of LSPI will continue.

By developing a deep understanding of LSPI mechanisms we can design next generation lubricant technologies that will enable OEMs to operate in engine regimes that reduce fuel consumption and CO2 emissions.