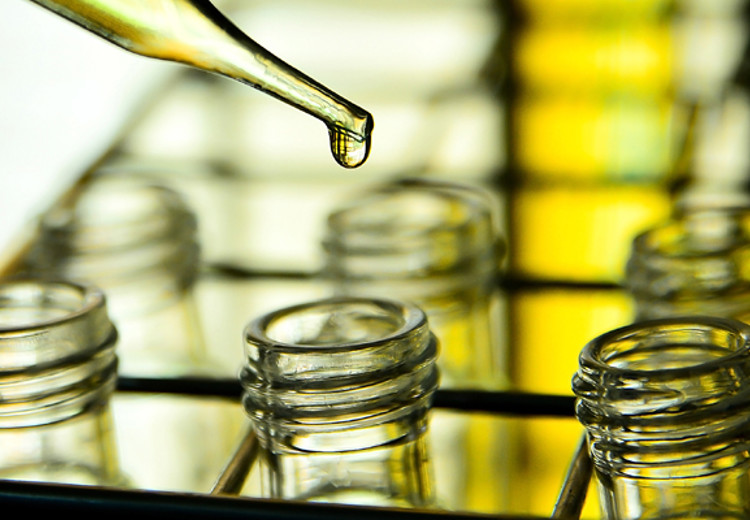 Insight explores some of the key changes in the recently released ACEA 2016 European light-duty and heavy-duty lubricant sequences.

The 2016 ACEA European Oil Sequences were formally released on December 1 2016. The primary drivers for this edition were the replacement of obsolete tests, the introduction of new tests to reflect current engine technology and the need to address concerns about the impact of biofuels on lubricant performance.

While there have been no structural changes to the heavy-duty diesel (HDD) sequences, a number of new and replacement tests have been introduced. 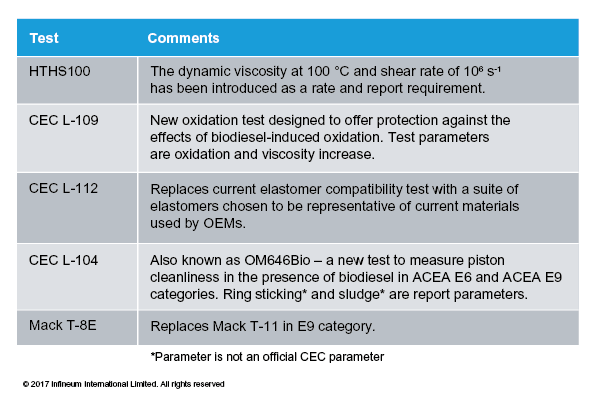 The replacement of the Mack T-11 by the Mack T-8E in ACEA E9 means that the use of the Mack T-8E is now allowed in all E categories. However, Mack T-11 results obtained as part of an API CI-4, CI-4 plus, CJ4, CK-4 or FA-4 approval program can still be used in place of a Mack T8-E. In practice given the requirements of API and OEM specifications that are typically combined with ACEA E9 lubricants, it is likely that the Mack T-11 will continue to be used to support most ACEA E9 performance claims.

In addition to new and replacement tests, the 2016 sequences introduce structural changes to the light-duty sequences. The introduction of the new C5 category has been long-awaited as there was previously no C category meeting the needs of OEMs for an aftertreatment compatible lubricant with HTHS strictly below 2.9 mPa·s.

The HTHS limits ensure that ACEA C2 and C5 claims are mutually exclusive.

ACEA has taken time to review the current sequences and has agreed, as a first step, to remove A1/B1 from ACEA 2016. This category is no longer required as C5 covers the lower viscosity grades and also provides the required compatibility with modern aftertreatment devices.

ACEA has also introduced a new requirement to measure HTHS viscosity at 100°C into the light-duty sequences in the belief that this temperature better correlates with fuel economy than HTHS measured at 150°C.

ACEA 2016 introduces a number of new and replacement tests into the light-duty category.

Deletion of end of life tests

The TU5 high temperature deposit and oil thickening test has been deleted from the ACEA 2016 light-duty sequences as the hardware for this test is no longer available. The EP6 succeeds the TU5 as the gasoline engine piston cleanliness test.

Where current tests have come to the end of their life, or no longer represent engines in the field, replacement tests have been included in ACEA 2016.  However, some additional test development work is still required.

The M271EVO, or CEC L-107 test for black sludge, was set to replace the current non-CEC sludge test, which was introduced as a stopgap when the M111SL sludge test became unavailable. There was unanimous agreement between the industry stakeholders that a non-CEC or non-ASTM test is not a sustainable solution and that a test developed and controlled by CEC is desirable. However, the CEC L-107 test development experienced some unforeseen issues, which meant the test was not ready in time for inclusion in the ACEA 2016 release.

For the time being the ACEA sequences will continue to rely on the current M271 classic sludge test.

In our view, the ACEA specifications provide a set of performance requirements that define oils that offer baseline protection for the majority of the European vehicle fleet. These oils, when used as recommended, are expected to run in vehicles without causing any problems and deliver a good quality lubricant on which marketers, OEMs and consumers can rely.

The specifications define a platform from which OEMs can build and a common baseline for lubricant developers. If individual OEMs require additional performance, such as extended drain intervals or more robust oils, this can most effectively be achieved via their own in-house specifications.

Industry is already working to assess the need to replace the VW TDI, M111FE, TU3 and Sequence VG tests, the latter is expected to need replacement during the lifetime of the new ACEA sequences

The Sequence VG test is currently experiencing hardware availability issues and is expected to disappear in early 2017. This test is used in North American specifications and, as part of the API and ILSAC specification updates, a new Sequence VH, low temperature sludge test, is being developed to replace the Sequence VG.

The M111 fuel economy test and the VW TDI test are expected to last until end of 2017 or even beyond. But, due to limited hardware availability, they will sooner or later suffer the same fate as the TU3 and the TU5.

Industry has its work cut out to develop all these replacement tests – Insight will continue report on progress.